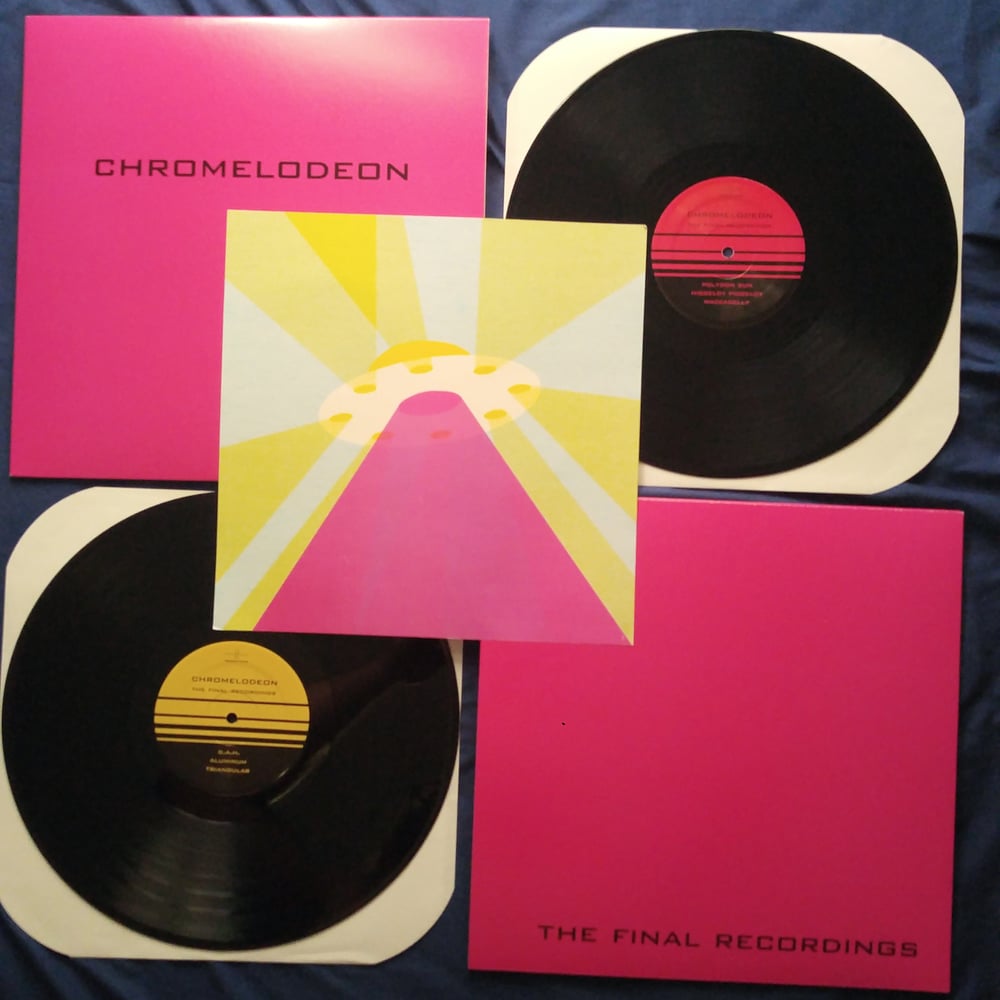 Celebrating the ten-year anniversary of the initial release of the band's definitive album, "The Final Recordings" is being released on vinyl for the first time.

The album was remastered for vinyl by Joel Hatstat in order to best present the material on the medium while retaining the sound & dynamics of the original recordings.

Newly uncovered audio & video footage of the band from inception to completion can be found at http://www.chromelodeonarchive.com/

Initial orders will be shipped the last week of April, to be received on (or near) the tenth anniversary of the original release: April 27th.

Limit of 5 records per order.